Serment - Contract with a Devil (or Serment, for short) is a visual novel/JRPG dungeon crawler hybrid where you play as a girl who was revived by a beautiful devil.

Though, instead of claiming our heroine’s ever so cliche human soul, the devil demands a huge sum of money for payment. If the payment comes even one day late, the heroine's soul will return to the afterlife.

And so, her light-hearted, comedic adventure to save up enough money before the deadline begins.

Despite the dark sounding premise, the majority of Serment will be light-hearted slice of life events (more commonly known as cute girls doing cute things).

This demo can be finished in around 2.5 hours of playtime.

Removing this game from my list since apparently the full game is now Steam-only.

I blacklisted Steam years ago, and the reasons for that are still standing.

FWIW, this game appears to be on GOG now

I love this! I really love it! The art, everything it's all beautiful! Thank you for creating this nkt v2! Keep up the good work!

And You deserve this GIF:

Hello, will the full game also available on itch.io or will it be steam only ?

Reply
Anna~H 20b3 years ago

I can't seem to launch your game @nkt v2, I request for some assistance as I very much WANT to play your game.

didn't play your demo yet, but I saw the girl in your cover and I'm in love with her

I thoroughly enjoyed this demo. The art work was beautiful and the music was also pretty good. I can't wait to play the full release of this game.

Is a full release still planned for this game? Haven't seen updates in a while :(

Of course! There are still several issues we have to address so the release will be later than expected, but it is in no way discontinued.

Since the demo is already a limited part of the game, I would suggest allowing the choice of character; as it is the imposed character does not fit my type of gameplay, and as such I did not go past that fake character selection screen.

It looks like the author is not following this page any more, and I banned years ago Steam for several reasons.

Consequently, writing this game off.

Can't wait to play the official one :D

This game is so freakishly good, I swear -I can hardly even wait to play the full version! ^^

Thank you! The beta demo is going to be much better, we hope you will give it a try as well :)

I did a Let's Play of your demo :)
Can't wait for the next demo and when the full game is released

I like what you did there with hybriding the visual novel and dungeon crawler mechanics, I always felt visual novels in themselves are kind of lacking. 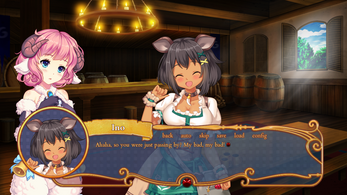 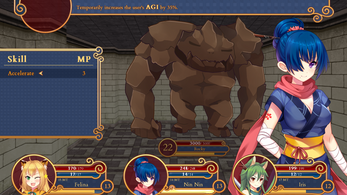 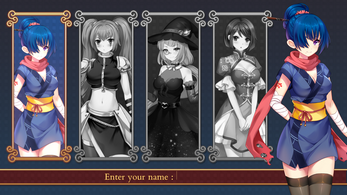 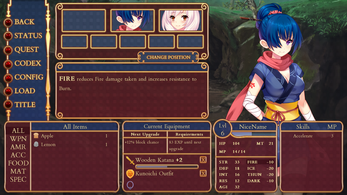 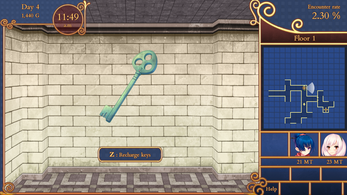 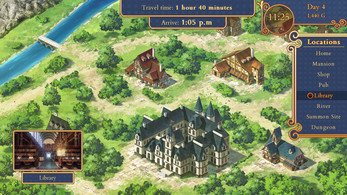